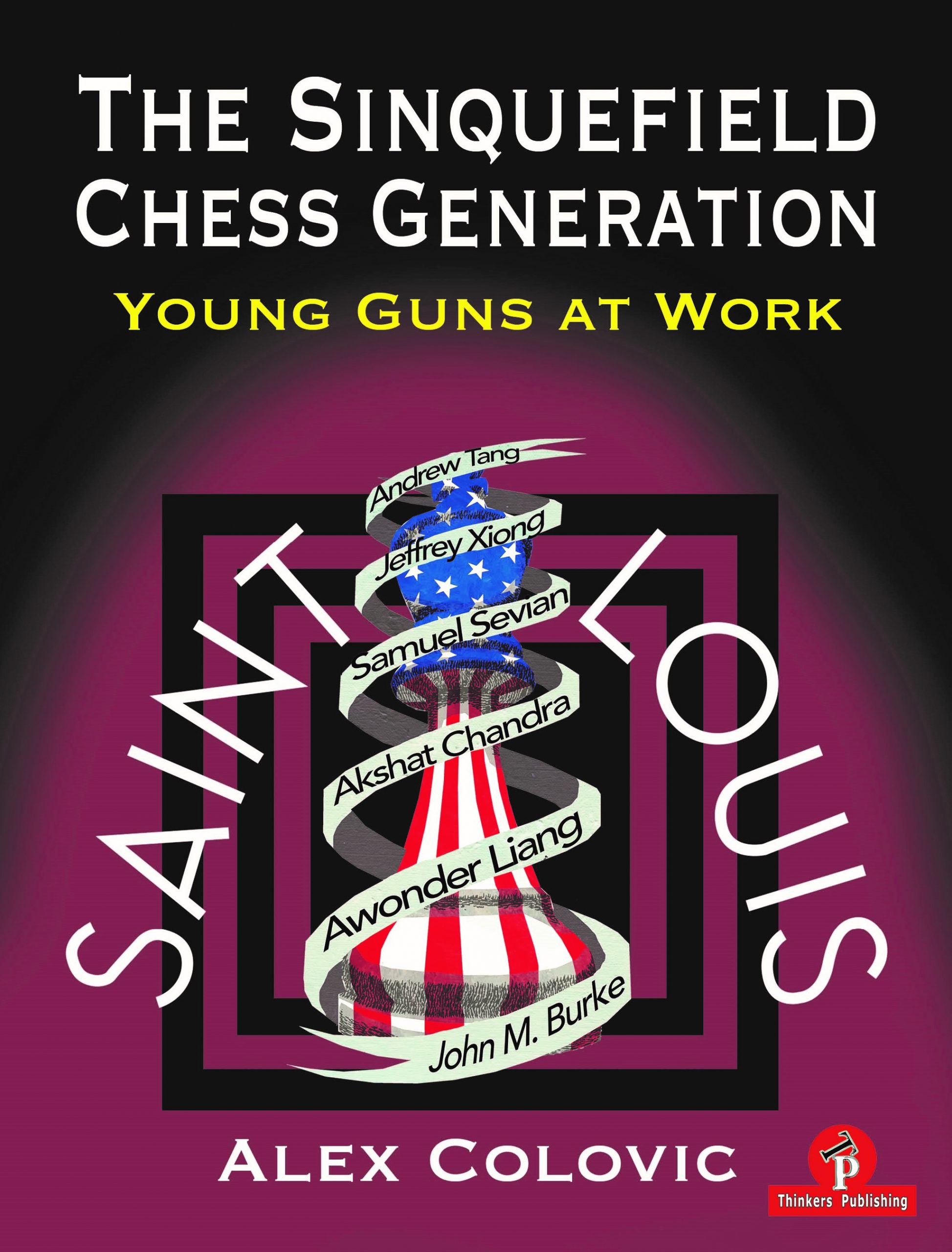 “You should write a book,” he said. It was December 2018 and Josip Asik, Dusan Krunic and I were sitting in one of Skopje’s restaurants waiting for our food to arrive. Then Josip spoke. I still wonder if he would have suggested it had the food come a moment earlier. Josip and Dusan are my dear friends. Our cooperation started many years ago when they asked me to write for Sahovski Informator (Chess Informant) and after that, for British Chess Magazine. Then they moved to conquer America by revamping the American Chess Magazine and this is how the concept of the book came about. The idea was to write about the best players in the USA born at the turn of the century. These players grew and blossomed thanks to the continuous and generous support by the world’s biggest chess patron, Rex Sinquefield, and the Saint Louis Chess Club. Their success changed the scenery of American chess, set new standards and propelled the country as the promised land for new talents. While we were discussing the idea of the book, now over some good food, I remembered that I had always liked to analyze players’ styles and preferences as Botvinnik did in his preparations. When his secret notebooks were published, I was fascinated with how he managed to extract precise characteristics based on concrete examples. As a matter of fact, Botvinnik also called these analyses “characteristics”. Here is an example of what he thought about Tal’s play prior to the match in 1960 (my translation from Russian from the book “Botvinnik – Tal, Return Match”): “The general tendency – to obtain positional advantage by lively play rather than long maneuvering”. Has Botvinnik’s way of analysis become a lost art? Now I had a chance to do it myself. By the time dessert came, we had agreed on the concept. Some days later, I realized with horror the enormity of the task that I had taken upon for myself. It took me a year and a half to complete the analytical work. To write proper “characteristics”, I had to go over hundreds of games of each player. I wanted to learn what they liked and disliked, how they reacted in different situations, what was their preferred way of playing, how they handled themselves. During the first “scan”, I went relatively quickly over the games, writing down the impression from each game. This is what Botvinnik did when analyzing Bronstein’s play before their match in 1951. I continued with the scan until the moment when I felt that I had “understood” the player. Then I returned to the games that were most relevant for their “characteristics” and I analyzed them deeply. The main difficulty was that sometimes, the initial impression of a “characteristic” based on a game was not exactly what I thought it was, as the deeper analysis unearthed details that changed the picture. In such cases, I had to discard those examples and either look for others, or to conclude that the “characteristic” was not clear enough to form part of the player’s profile. Most of the players in this book turned 20 in 2020. I intended to analyze their styles while they were still juniors and therefore, the latest games I consulted were from early 2020. I was absorbed by Botvinnik’s analysis, but nobody writes like that today. In the words of Toni Morrison: “If there’s a book that you want to read, but it hasn’t been written yet, then you must write it”. That is how this book has come into existence. ~Skopje, 9 March 2021