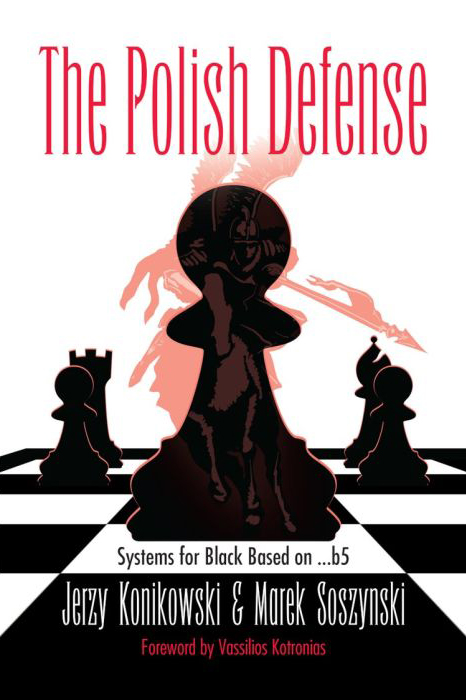 The Dawn of the Planet of the b-Pawns!

“There can be no Plan B because there is no Planet B,” said UN Secretary-General Ban Ki-moon. We disagree when it comes to chess. In this book you will see analyzed not only 1.d4 b5 (the Polish Defense) but also the St. George Defense (1.e4 e6 2.d4 a6 intending 3...b5), 1.Nf3 b5, also 1.f4 b5 and, most shocking of all, 1.e4 a6 2.d4 b5. Grandmasters have lost to these systems; other Grandmasters even try them out themselves when they have the black pieces. No, an early ...b7-b5 is not Plan A. However, if you want to humiliate the opposition by being literally eccentric (off-center) and disrespectful ... Welcome to Planet B!

After studying this book, I feel that you should be comfortable using the Polish Defense in your games; it will boost your creativity and will allow you to notch unexpected victories... Although the Polish may not be ideal as a full-time weapon, its version of unorthodoxy will embarrass your opponents, especially if you are well-armed to endure the opening phase. The present work ensures that this is accomplished and gives you valuable tips for the middlegame as well. – Grandmaster Vassilios Kotronias in his Foreword

At the end of each chapter, there are fully annotated illustrative games, and at the very end of the book over a hundred unannotated games from recent practice have been added. In many respects, these represent the most important part of the book. These examples show what human players actually play and just how effective this underrated defense is.

Jerzy Konikowski may be one of the most prolific chess author in the world with many dozens of publications in several languages to his credit. He holds the FIDE Master title as well as titles in correspondence chess and chess composition.

Marek Soszynski is a Correspondence Chess Master and a Master of Philosophy. He himself has authored or co-authored a growing number of chess books including How to Think in Chess, and The Great Reshevsky.