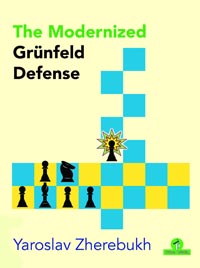 I have played absolutely everything against 1.d4 from the Slav Defense, Queen’s Gambit, Benko Gambit, King’s Indian Defense, Nimzo-Indian Defense to the Dutch… you name it. Fortunately, my quest for finding the best opening ended once I discovered the Grünfeld Defense. I immediately felt drawn to the dynamic positions the opening has to offer. I was also particularly attracted to the possibility of getting good play without resorting to a long passive defense.

It’s all simple: memorize a few lines and then go fight for the initiative from the very beginning. I have spent well over 1,000 hours analyzing the Grünfeld throughout the years. It took a bit over 200 hours to review, update and incorporate everything into this book. Therefore, I am very proud to present this work and hope that you will enjoy it!

My motivation for writing this book was twofold:
1) To contribute to the opening theory of the Grünfeld Defense.
2) To inspire more people to play chess after seeing the beauty of the game through the Grünfeld Defense lenses. I have lost count of all the sacrifices and tactics in the 16 chapters of the book.

This book contains all my analyses, primarily done between January 2016 and January 2020. I have updated everything once again before the book went into print to account for new games and ideas and to reflect the most current state of opening theory as of January 2020. You will see lots of novelties and exciting ideas that have never been played before. I believe you will find them valuable and playable for many, many years. Remember: once you learn the Grünfeld, you won’t need to learn any other opening! I like to be concise and efficient, so I’ll keep this preface short.

I wish you all good luck on your Grünfeld journey.