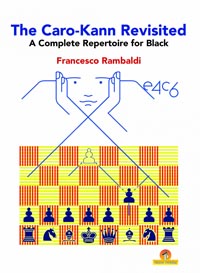 The modern chess player faces a challenging task before every game: the choice of opening. For most players, the ideal opening for Black has the following characteristics:

It requires a limited amount of memorization.
It contains an element of surprise for the opponent.
It leads to an equal position.
It allows for a relatively complex game, with winning chances for Black.

Obviously, the ideal opening does not exist. Before every game, the modern chess player needs to consider numerous variables – the most obvious being his specific opponent and the tournament situation – and then compromise. As the number of games played in each variation increases and opening theory becomes more and more developed, finding a suitable opening becomes harder and harder, and players tend to follow the most popular variations.

Openings rise and fall in popularity over time, as players continue to learn and find new ideas for both sides. The two main replies to 1.e4 have always been 1…e5 and 1…c5, and with good ‘homework’ it is exceedingly likely you will equalize with either. However, in tandem with their popularity, the amount of theory that is needed to play those openings has increased as well. In this book, I recommend the Caro-Kann Defense as a viable and flexible opening for Black. Let’s examine, point by point, how it compares to both 1…e5 and 1…c5.

Judging the amount of theory required to play an opening is not an exact science, but it is quite clear that the Caro-Kann will be an easier opening to pick up from scratch than any Sicilian. The amount of theory is probably more comparable to a 1…e5 repertoire, depending on which variations one chooses to play.
As I mentioned earlier, the Caro-Kann is not played as frequently as 1…e5 and 1…c5. Further, the Caro-Kann comes in various flavors and can be adopted either as a mainstay or surprise weapon, due to these diverse options Black has.
Chess players always need to make some concessions in the opening, but this point is the hardest to tackle for any chess player (for good reason). I believe that the Caro-Kann is very playable, and that it is White who needs to find fresh ideas to trouble Black. Opening theory will evolve well beyond this book, but the Caro-Kann will remain a viable opening.
Last but not least, the Caro-Kann is a pretty good choice if you are looking to avoid simple draws or major simplifications since it rarely leads to forcing variations.

The Caro-Kann Defense has always been one of my favorite openings to play and was the very first opening I learned when I started playing chess. Former world champion Anatoly Karpov espoused this opening throughout his career and, with his solid and positional style, inspired me to play the Caro-Kann as well. Many games have been played, and theory has evolved since the days of Karpov’s Caro-Kann. As you will see in this book, this opening offers Black many opportunities for dynamic play, despite its solid framework.

My hope is that readers of all levels will find something of value to them in this book. The material contains many new ideas and the analysis often stretch quite far from the opening stages. Nevertheless, I have done my best to help the reader make sense of the complicated variations and of the positional nuances inextricably woven between them. The idea is not only to show you the moves, but also to help you develop both your understanding of the underlying plans and your familiarity with broader strategic concepts, to guide your decision-making even beyond the opening.