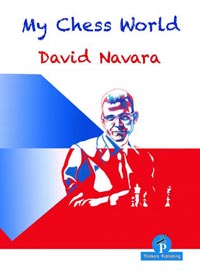 The difficult life of the annotator

I feel that for a career as a professional chess player to make sense, it must be devoted to a considerable degree to the public. This is why I agreed to write the book you now have in front of you. I publish many of my games for the chess public, but don't take only the result into consideration. I often include my losses. There were considerably more in the original Czech book, but when working on the English version, I decided that my opponents can write up their victories over me themselves.

I couldn't make this a true paradox, but that wasn't really my aim, quite the opposite!

Interestingly, my writing style differs from my reading tastes, not only in writing articles, but maybe even more so in annotating games. As a reader, I like concise and clear comments without too many variations, whereas as an annotator, the unrealised possibilities generally appear too important to leave out. I would like to assure you that I offer the reader my personal insights into how a player thinks, combined with important computer precision. I made extensive use of chess programs in the annotations, but I generally do not reference them. When I do refer to Stockfish, Komodo or other engines, it indicates the absence of my own thoughts, rather like the expressions ‘anyway’, ‘that is to say’ or ‘well’ in colloquial language.

About my own play of course. I can immodestly claim that I have played many interesting games in the course of my career. Rather more humbly, I should add that they were often far from perfect.

No matter how I write this book, it couldn't include all the games I would like to see in it. For this publication, I have chosen almost
exclusively games played at a classical (slow) time control. I generally chose games against strong opponents and avoided games which
I have already annotated for ChessBase. I made some changes from the Czech version, and included several games from my most successful competitions.

I don't rule out writing another book, but I have no plans at the moment because I've seen how much work it is to write.

Finally, I would like to thank my grandparents and parents for all the care which they have devoted to me, all my trainers for helping me develop my talent and Pavel Matocha for the opportunity to exercise my acquired ability. As well as Pavel, I thank everyone who contributed to the production of this publication, in particular Mike Kwan for the translations and GM Igor Štohl for his great help with annotations to four of the games presented below. And last but not least, I thank you, the reader. Although it may not always appear so, I didn't write this book for myself!