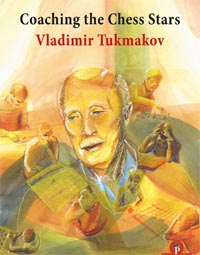 How does one achieve the unique ‘sound’ and distinct technique that are absolutely necessary to become successful at the highest level? It can only be done via a deep understanding of the chess player’s personality and the unique talent that distinguishes him from other soloists. It is here that the role of a coach is of the utmost importance. First, it is necessary to understand the nature of your student’s chess talent, and second, it is important to identify the player’s character and personality traits. His style ought to be harmonious, so that the essence of the human being matches the characteristics of his chess talent. Since it is the same emotionless computer that is now in charge of the purely chess component, it falls upon the coach to deal with the chess player’s personality, mysterious and unknowable as it might be.

Yes, a lot depends on the number and power of dependable cyber assistants, on the size and quality of various chess databases, on the enthusiasm of the seconds and on the ability to work with modern electronic gadgets, but at the highest level, almost all elite chess players have the same tools at their disposal. Th us, as always, everything is decided — as in the ‘good old days’ — by the player's talent, by his unique ability to create. The coach's task is to help his student develop this unique creative side to the maximum. It has so happened that in recent years I have been able to work closely with great chess talents who were at the same time outstanding personalities. I hope that an inside look at this kind of work will be of interest to both specialists and chess fans. I faced several ethical problems when working on this book.

Many of the chess players who appear in these pages are still young; their whole life, including their sports career, lies ahead. Th at is why I tried to avoid purely personal details and did not reveal any professional secrets. I hope that these players, like me, will be curious to refl ect on their own achievements and mistakes, and to take the reader on the diffi cult journey that allowed them to become prominent chess personalities.