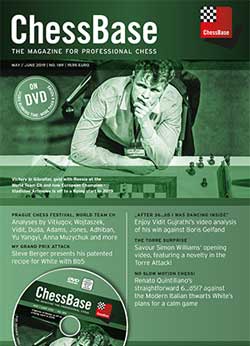 "After 36...h5 I was dancing inside!"
Enjoy Vidit Gujrathi’s video analysis of his win against Boris Gelfand

Perfect until the end
Excel in an attack on the king which works like clockwork, with Oliver Reeh at your side (interactive video)