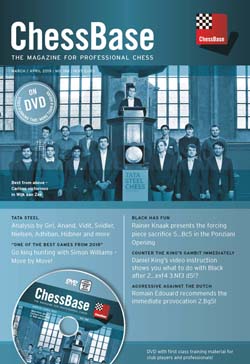 There are three classic openings which await you in this issue. Against the King’s Gambit Daniel King recommends to you, e.g., the early advance d7-d5. In half an hour’s video running time King shows you all you need to know in order to be able to meet the King’s Gambit with confidence!