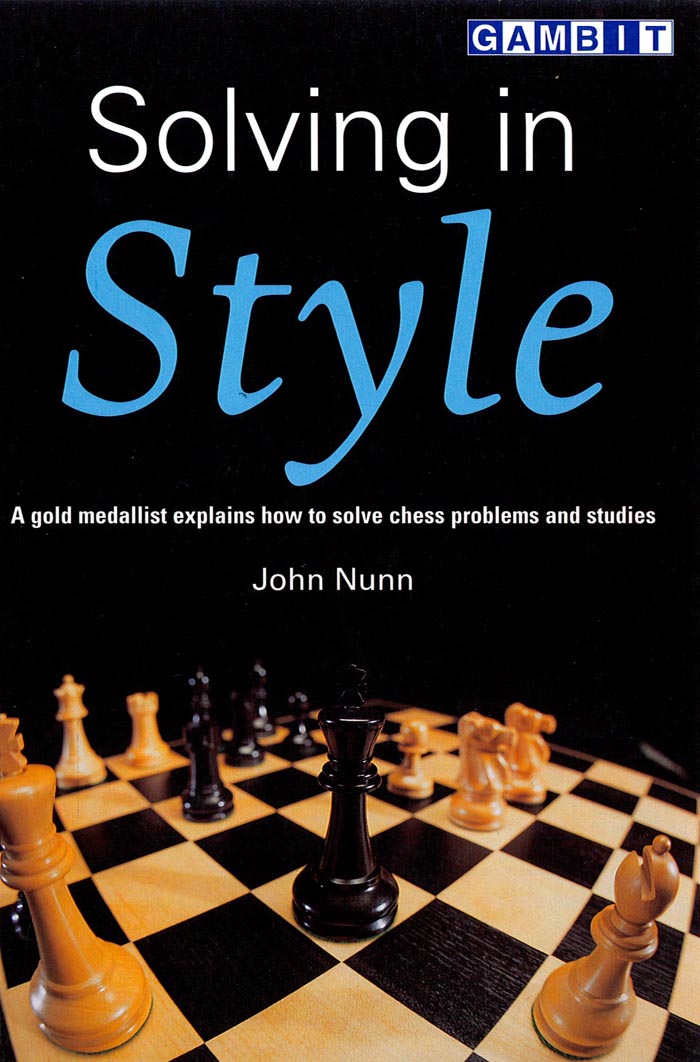 In this book, John Nunn, a top-class grandmaster who is also one of the world's finest solvers, explains the methods by which chess problems and studies are solved. The logical and creative methods advocated, while targeted at the solving of composed positions, may also help players find startling tactical solutions in their games. Solving in Style also constitutes an entertaining and insightful introduction to the world of problems and studies. There are chapters on series problems and other unorthodox stipulations, and also a discussion of specific themes such as the Novotny interference. This classic text is one of few on this important subject, and is now available again, having been difficult to obtain for a decade. Chess positions for solving are as old as the game itself, and provide stimulating and beneficial exercise for chess-players. However, while there is an abundance of books on chess puzzles, and much specialist literature on studies and problems, there is an astonishing dearth of guidance for solvers. Dr John Nunn is one of the best-respected figures in world chess. He was among the world's leading grandmasters for nearly twenty years, winning four gold medals in chess Olympiads and finishing sixth overall in the World Cup in 1989. He is a much-acclaimed writer, whose works have won 'Book of the Year' awards in several countries. In 2004, 2007 and 2010 Nunn was crowned World Chess Solving Champion, ahead of many former champions.