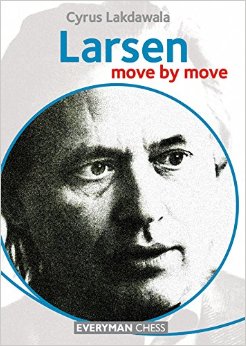 Bent Larsen was one of the most influential chess players of the 20th century. He was a four-time Candidate for the World Championship and the first westerner to seriously challenge the Soviet Union's post-war dominance of the game. Larsen was admired by fans for his creative and combative style. He was a risk-taker who always sought complex positions. He felt completely at home in defence and was an opportunistic attacker. While other grandmasters would shy away from offbeat openings, Larsen would embrace and develop them. In this book, former American Open Champion Cyrus Lakdawala studies his favourite Larsen games and examines Larsen's skills in the key areas of attack and defence, initiative, exploiting imbalances, accumulating advantages and endgame play. He demonstrates clearly how we can all improve by learning from Larsen's play.

Move by Move provides an ideal platform to study chess. By continually challenging the reader to answer probing questions throughout the book, the Move by Move format greatly encourages the learning and practising of vital skills just as much as the traditional assimilation of knowledge. Carefully selected questions and answers are designed to keep you actively involved and allow you to monitor your progress as you learn. This is an excellent way to improve your chess skills and knowledge.