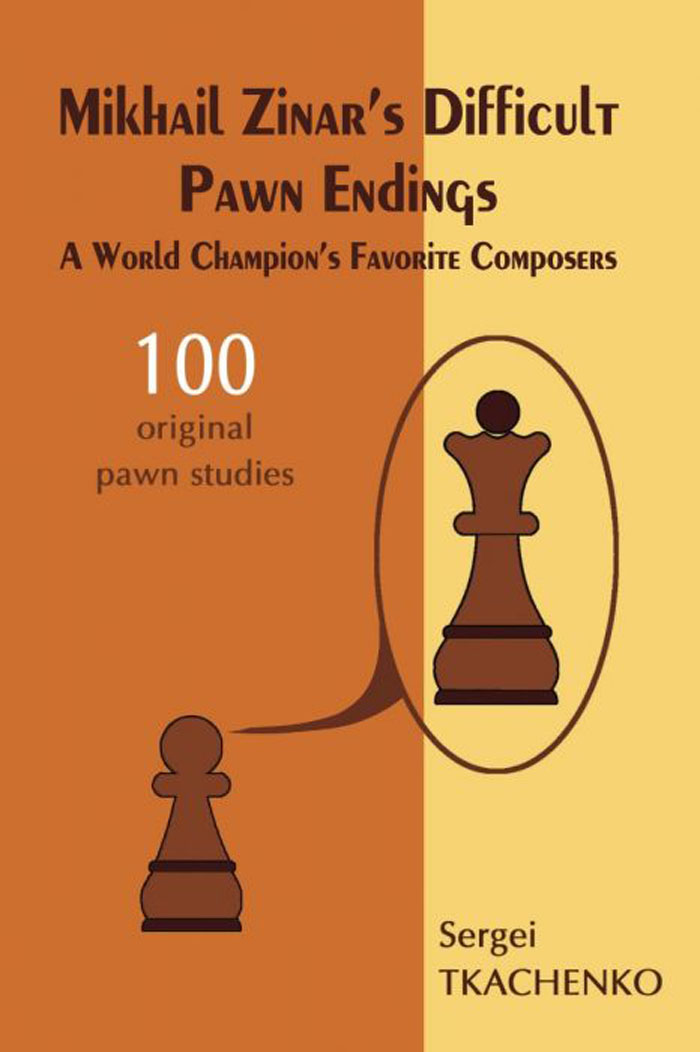 Sergei Tkachenko, a member of the Ukrainian team that won the 5th World Chess Composition Tournament in 1997 and which came second in 2000, 2004, 2013, and 2017, has selected 100 pawn endings composed by the leading Ukrainian problemist Mikhail Zinar. Zinar is a prolific endgame expert who has produced several hundred studies since the 1970s, with a focus on pawn endings. His works have appeared in many leading Russian-language chess publications, including Chess in the USSR, 64 – Chess Review, and Chess Bulletin. He collaborated with Yuri Averbakh on the second edition of Averbakh’s Chess Endings (1983), in which he revised the theory of “corresponding squares”. In the foreword, Averbakh wrote: “Chapter ten, devoted to corresponding square systems, was written by chess composer M.A. Zinar – a big specialist in pawn endings. Otherwise, this chapter would have looked out of date.” Zinar co-authored a Russian-language manual for creating pawn studies with Vladimir Archakov in 1990 called Harmony of the Pawn Study. He collaborated with Tkachenko in compiling this book. This is the first book in a new series of endgame studies compiled by Sergei Tkachenko, in which each book focuses on a particular composer, published by Elk and Ruby Publishing House.