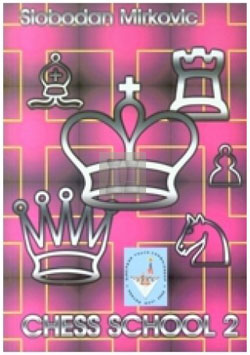 The book consists of three parts:

In the first part of the book which deals with minor piece endings, the author, through a number of examples from recent practice, clearly and concisely talks about the plans in the game and principles which are characteristic of today's understanding of chess. At several places the errors in the assessment and analysis of some classic endings recurrent in chess literature have been corrected.

The theory of combinations with the classification, which represents an original idea of the author to classify all combinations according to the piece sacrificed, occupies the central part of the book. The approach is completely new and to my knowledge a number of chess schools in the east and west have accepted this way of systematization of the material.

In a moment of crisis of my chess career, when I was already an accomplished chess player, in order to make progress in the tactics I used the systematization of the material proposed in this book. After a while some positive results showed.

The third part of the book that deals with the strategic motifs clearly shows that the book was prepared meticulously and thoroughly. The essence of this part lies in a new way of analyzing chess games, recognizing the key idea upon which its detailed explanation follows. Strategic motifs as "King in the attack," " Alekhin’s Battery ", "Petrosian’s exchange sacrifice," and others are all materials from which even more proficient chess players can learn.

One can say many a word of praise about Slobodan Mirkovic as a chess coach. Apart from his three most successful students - grandmasters Nikola Sedlak, Bojan Vuckovic and Milos Perunovic, he worked with a few more top chess players from Serbia.
In youth chess his students have so far won numerous first places in state youth championships and taken part in several European and world youth championships.

On the basis of his results Slobodan Mirkovic is the most successful chess coach in the country and his overall impact on chess in Serbia is huge.

Finally, I would reiterate the opinion of some of my colleagues from the national team: "In a way, we are all students of Slobodan Mirkovic".